My inspiration for this bench is a classic 18th century original from northern New Mexico.  I used Ponderosa pine, as in the original, but substituted an upholstered seat for a solid wood plank seat.  (All photos 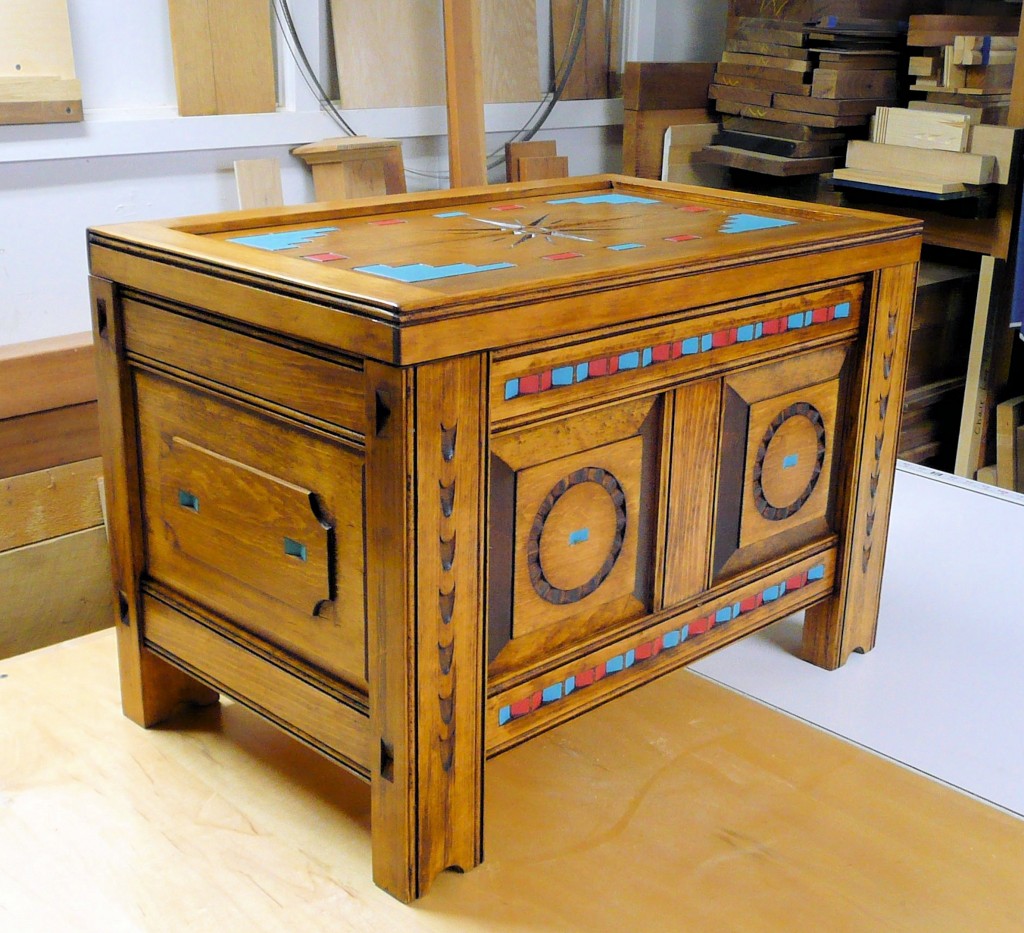 This chest is my original design, utilizing carved detailing characteristic of 17th and 18th century chests from northern New Mexico around the Taos area.  It is constructed of clear Ponderosa pine, the wood of choice for that area and time period.  (Click on any image to enlarge) 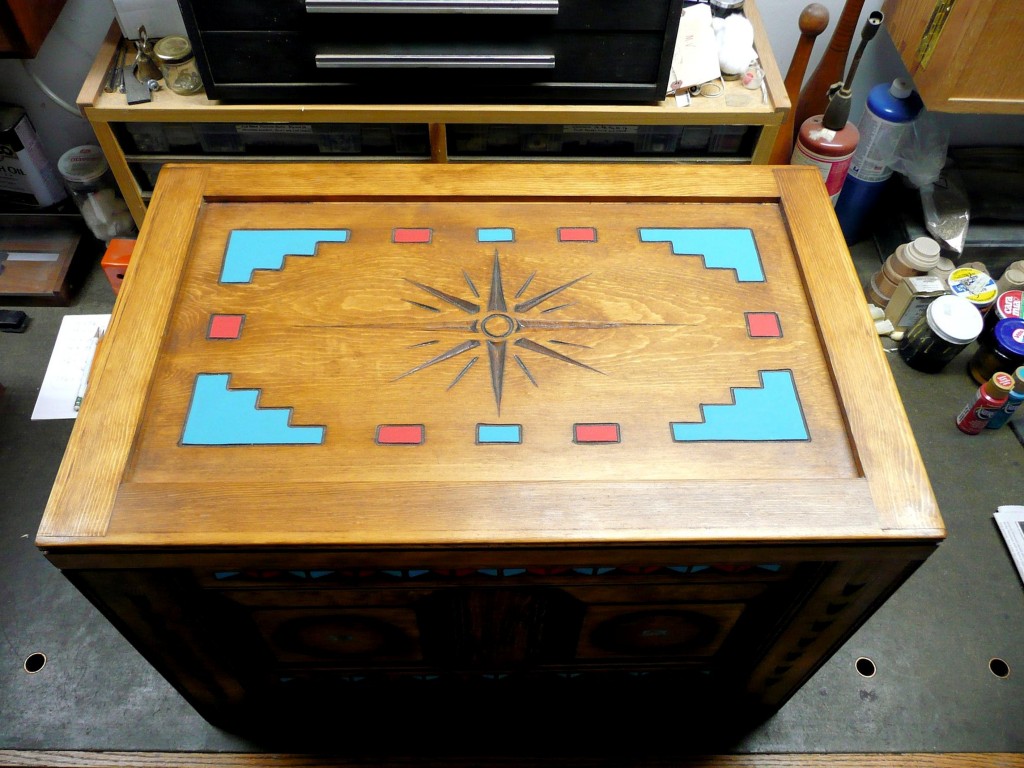 The stepped motif in the four corners of the lid is a part of the southwestern pueblo iconography, and can represent either mountains or clouds.  The next three photos show the chest in its unpainted state.  All four sides of the chest employ true framed, hand planed, raised panels, with the front made up of two such panels. 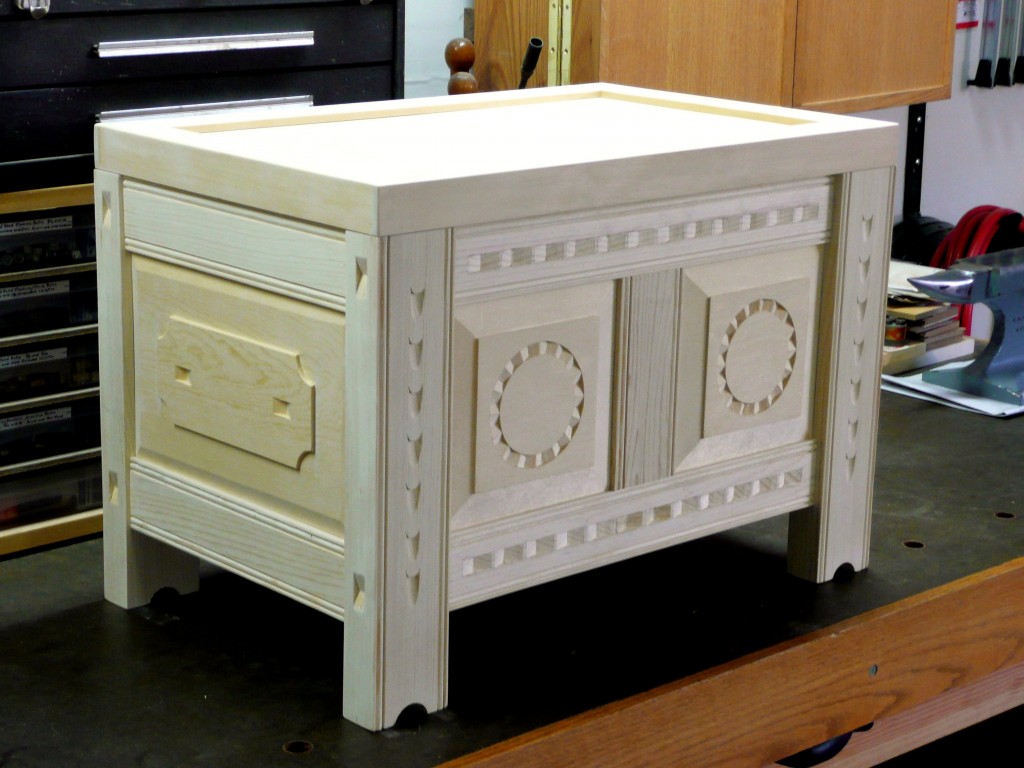 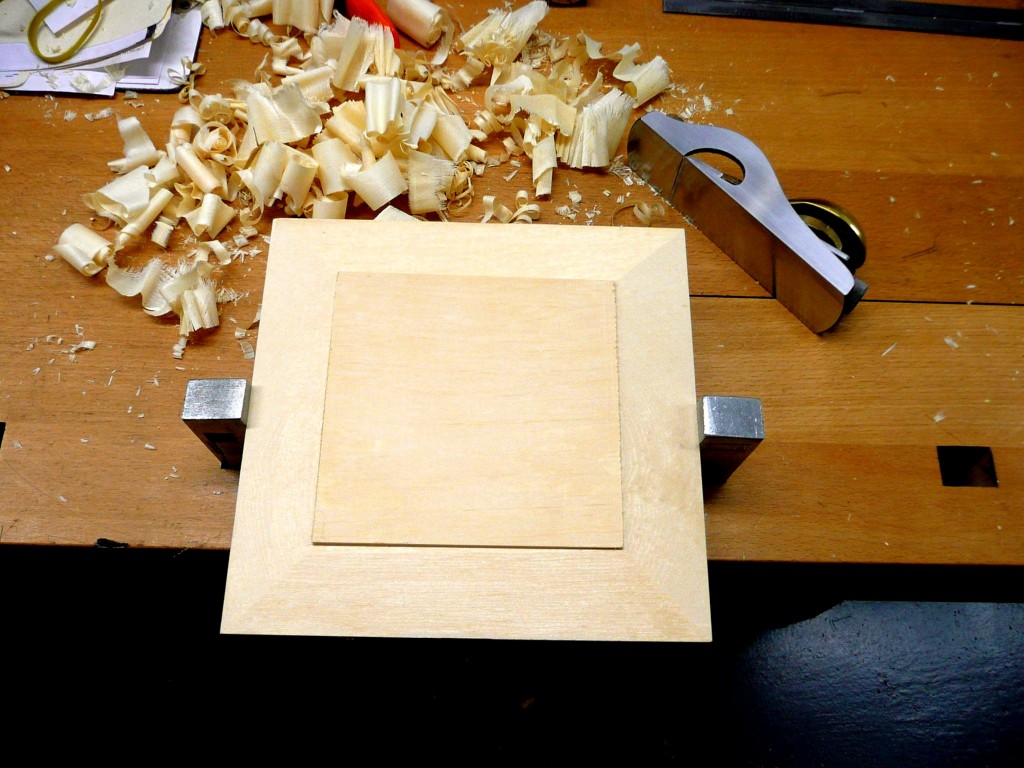 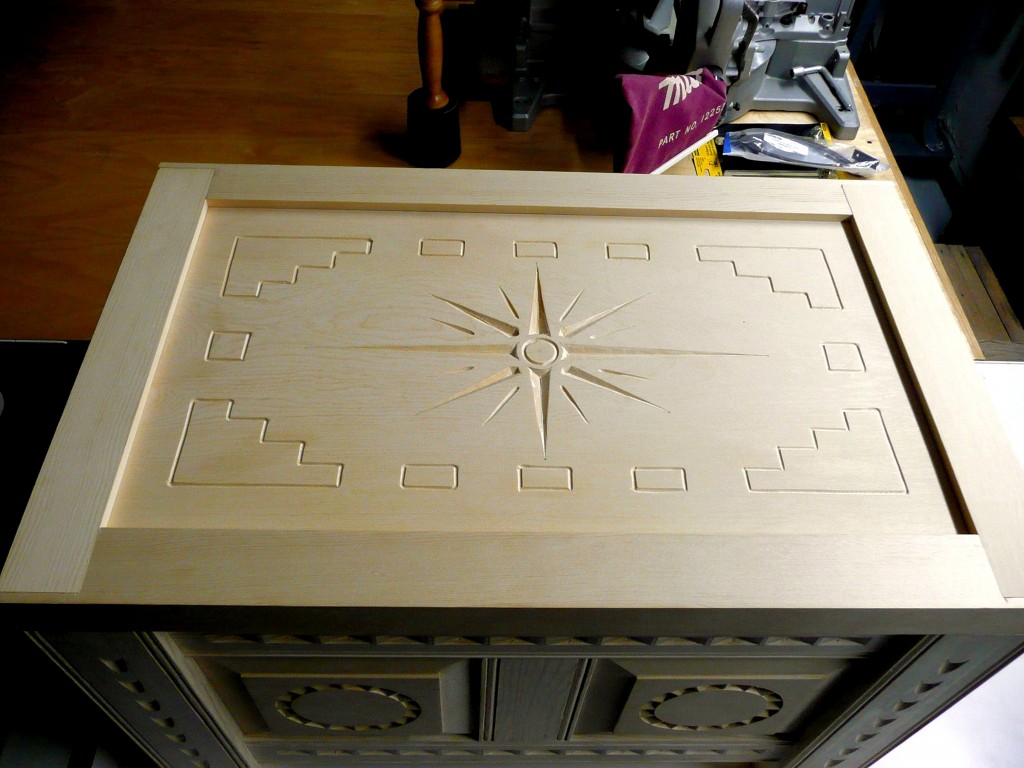 In order to keep any wood end grain from showing on framing for the relief carved lid, I used some carefully executed joinery, with blind tenons as the main connective element.  This and other refined details on this chest are not commonly found in the original more rustic chests of the 17th and 18th centuries. 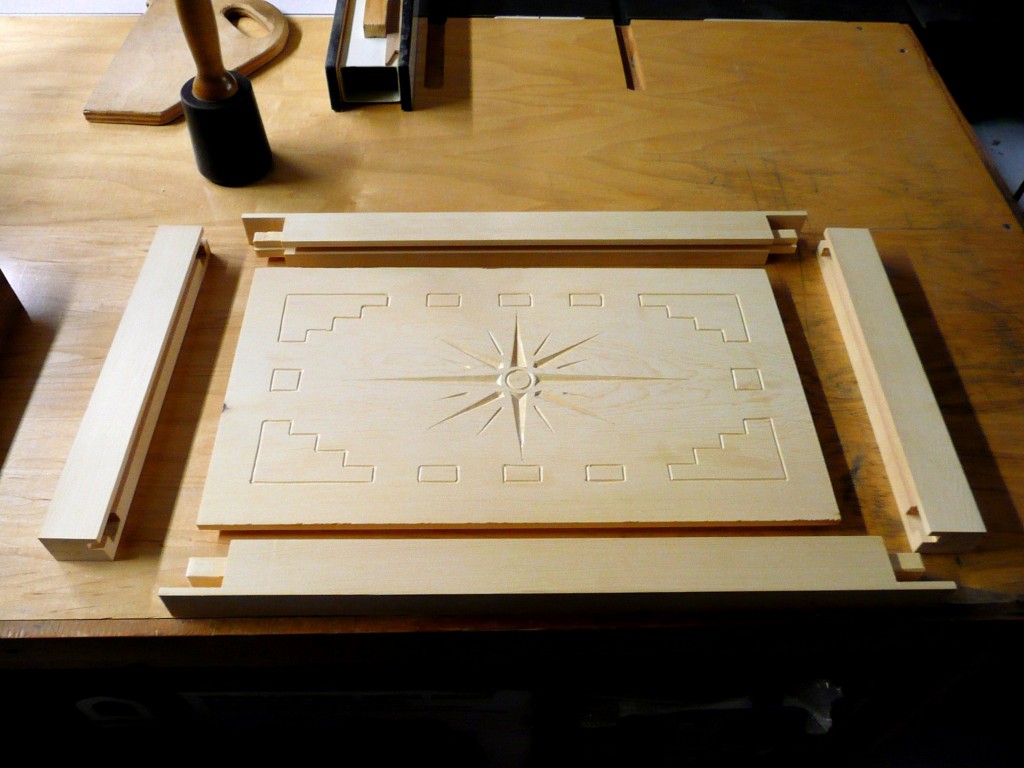 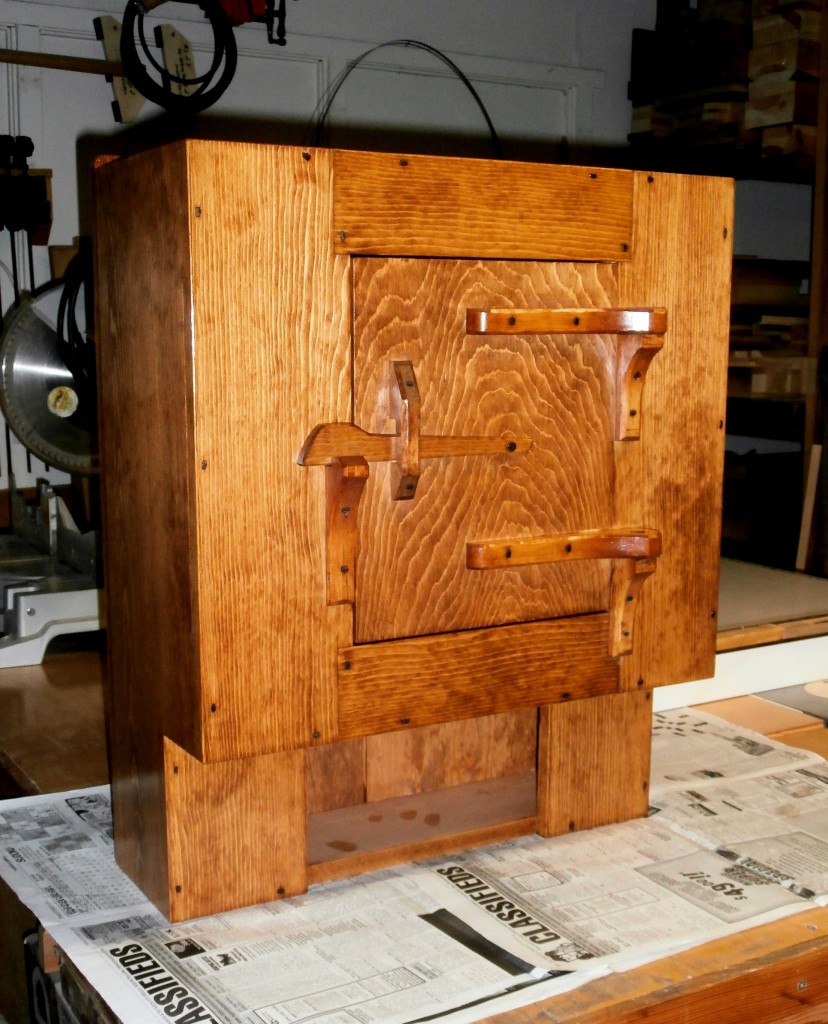 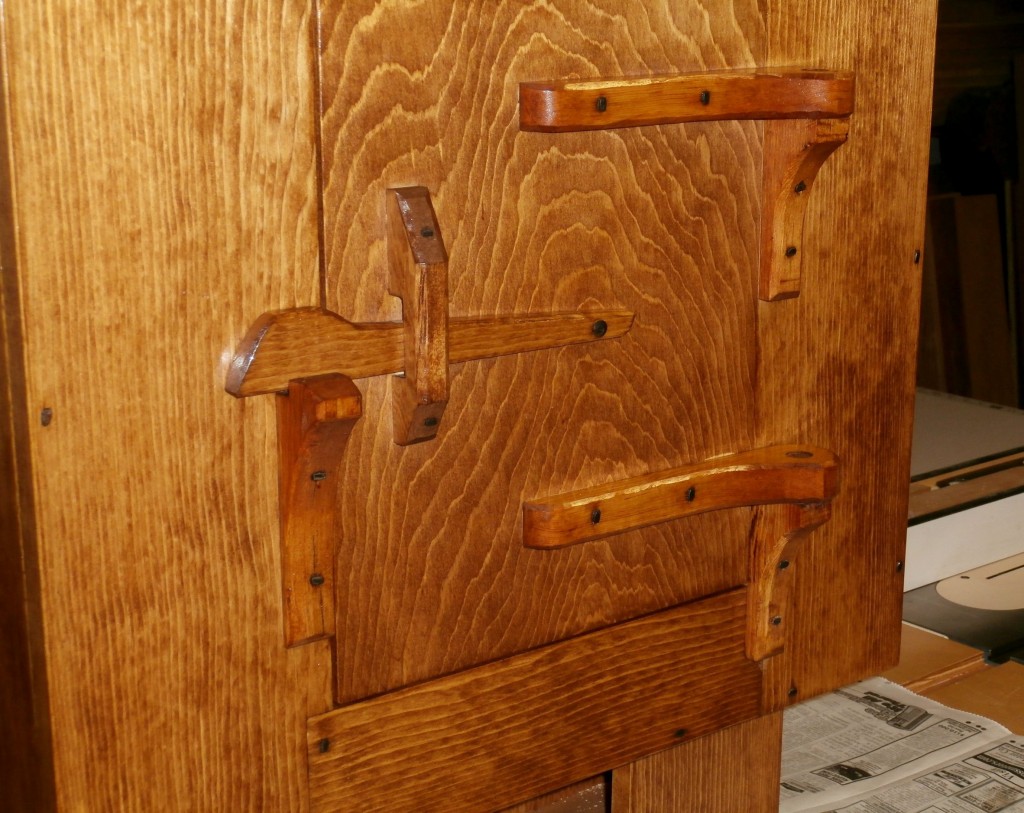 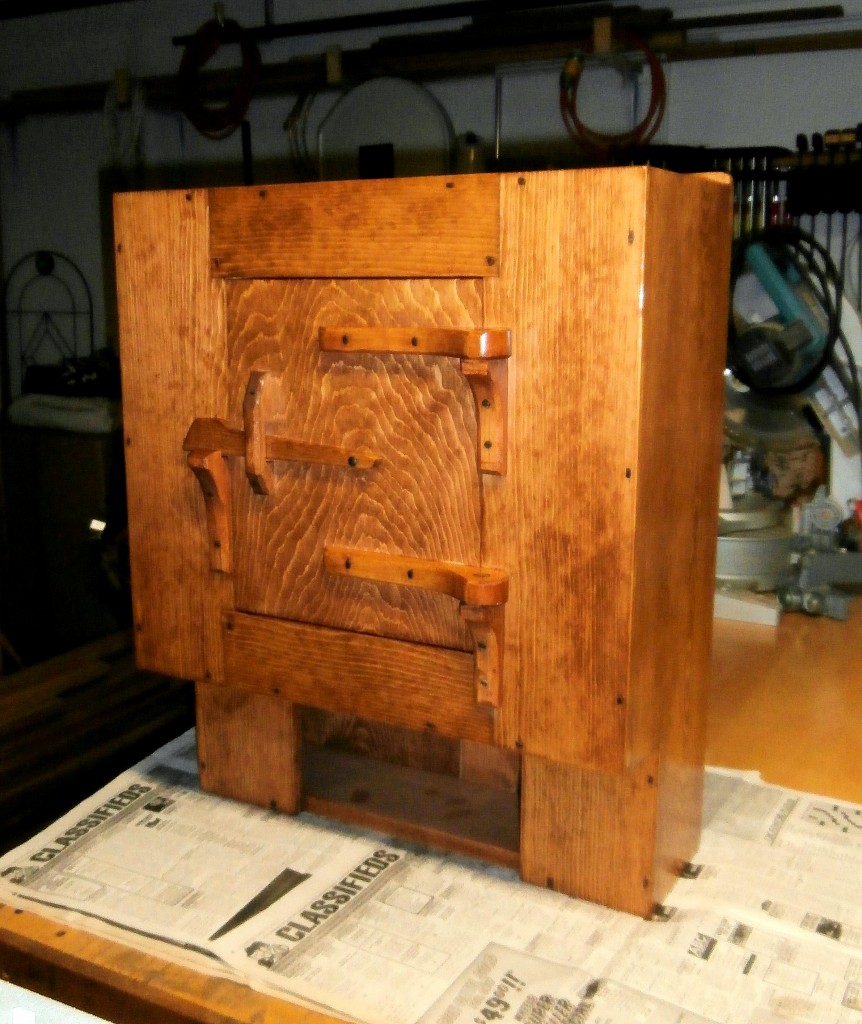 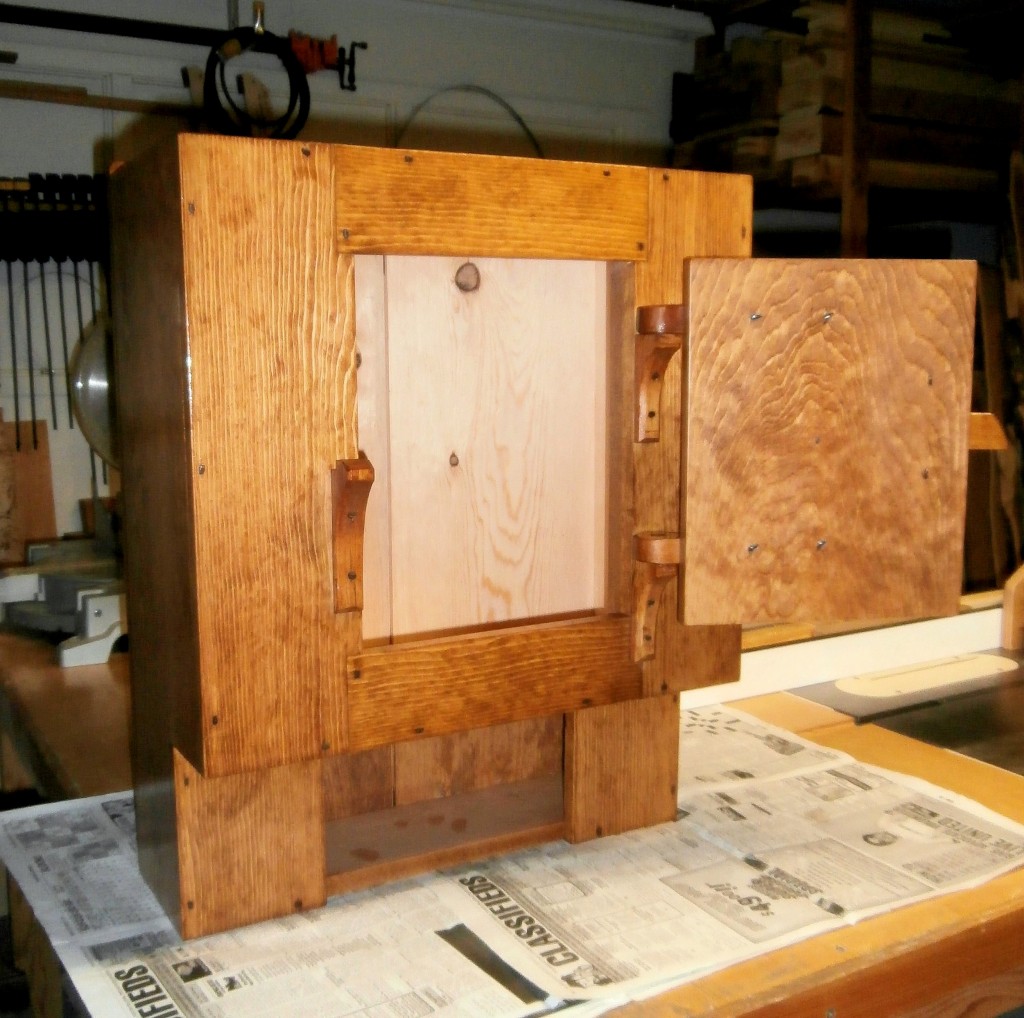