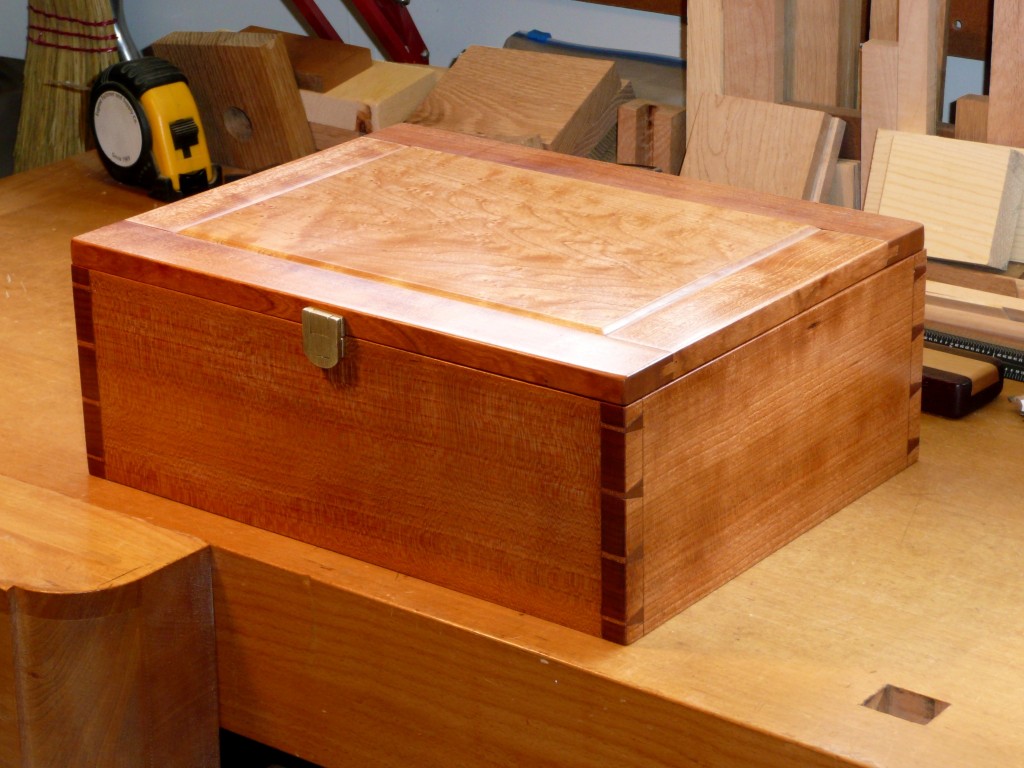 This is a box I made for my son, Karl, using quarter sawn, American black cherry for the sides.  I also used the cherry to frame the raised panel of birdseye maple on the lid.   I’m going to very briefly show you the steps I use to cut the dovetail joints for the box sides.  Fine, hand cut dovetail joints can always be distinguished from those produced with a power router by the very narrow spacing between the tails (i.e. the very small size of the “pins”) which cannot be accomplished in this small size with a router.  (Click on an image to enlarge it.) 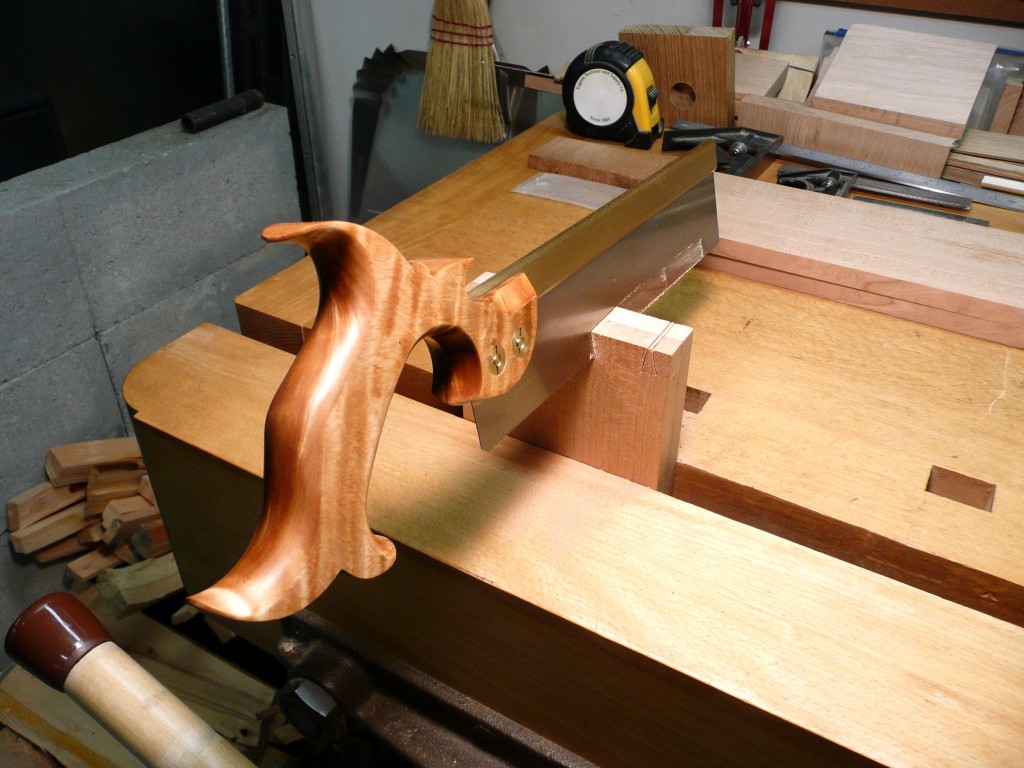 I first use a thin kerf, rip saw to cut the outlines of the previously laid out and marked “tails” (shaped like a stylized bird’s tail) on two sides at once (held in the vise) so that the proportions will appear even all the way around the box.

Then I clamp one side at a time in a jig I designed so that I can use a Japanese dovetail chisel (with a triangular cross section) to chop out the waste between the saw cuts, thereby creating the “tails.” 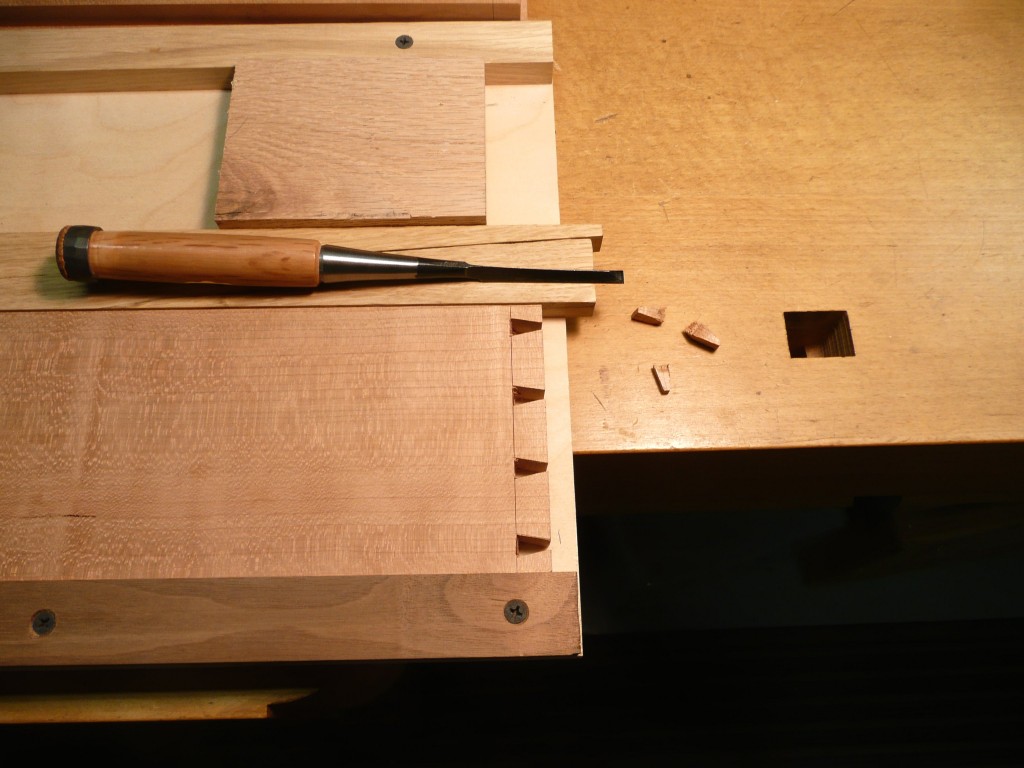 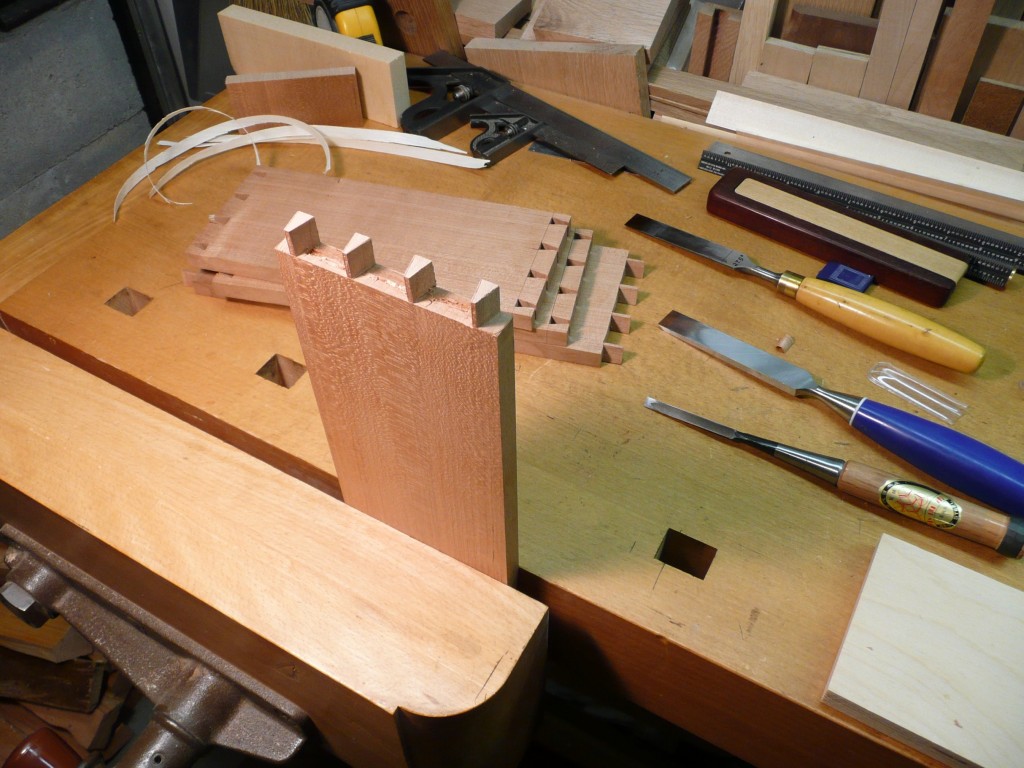 The “pins” that fit into the slots between the “tails” are first marked on the ends of the remaining two side boards to correspond to the size and spacing of the “tails.”  Then, after being laid out, the “pins” are cut in the same way as the “tails,” with saw and chisel.