I made a mid-Winter trip down to the SE corner of Oregon, in part to find some open space amid the pandemic, but also for my first glimpse of the Owyhee Canyonlands.  This remote area is very sparsely populated by cattle ranchers and some sheep herders.  To give you and idea, one sign I passed read, “Next gas 120 miles.”  I hit a spate of dry weather which was fortunate because the desert soil turns to a slippery and sticky gumbo when wet.  During the day I needed 4WD on the Leslie Gulch-Succor Creek Byway which is mud in winter.   Hey Karl, I wore my Canadian “touk” I bought in Lunenburg when we went to see the Bluenose II.  It’s actually warmer and more comfortable than a USN wool watchcap. Here are a few photos.   [Click on any image to enlarge, All photos 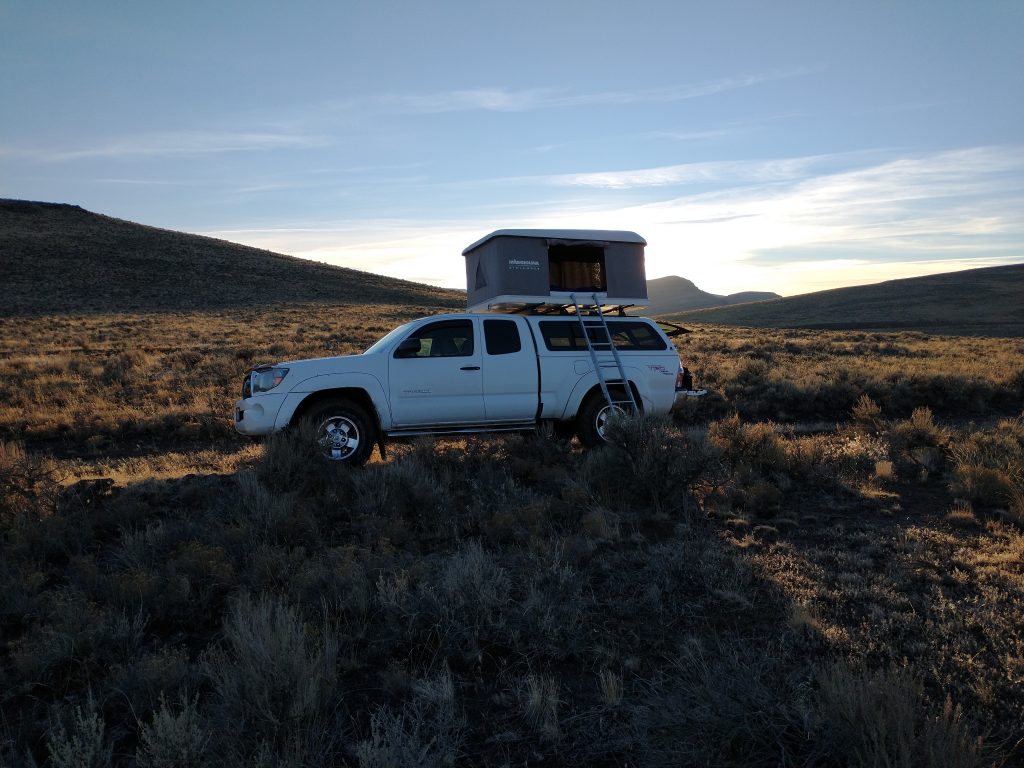 This was just before sunset at my first campsite NW of Burns Junction.  Overnight low was 28 degrees F, enough to freeze the mud which made it easier to break camp in the morning. 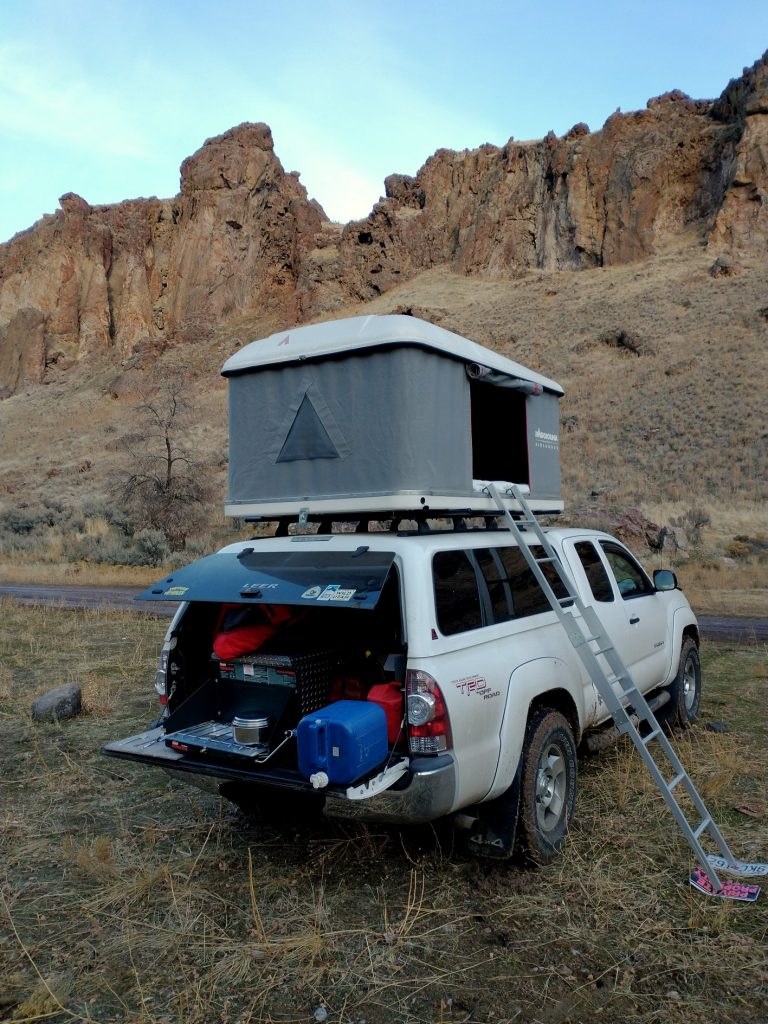 This was my setup at Succor Creek State Park alongside the Owyhee River.  Dinner that evening was Beef Stroganoff with egg noodles, sliced red pear with some cheese, and hot coffee. 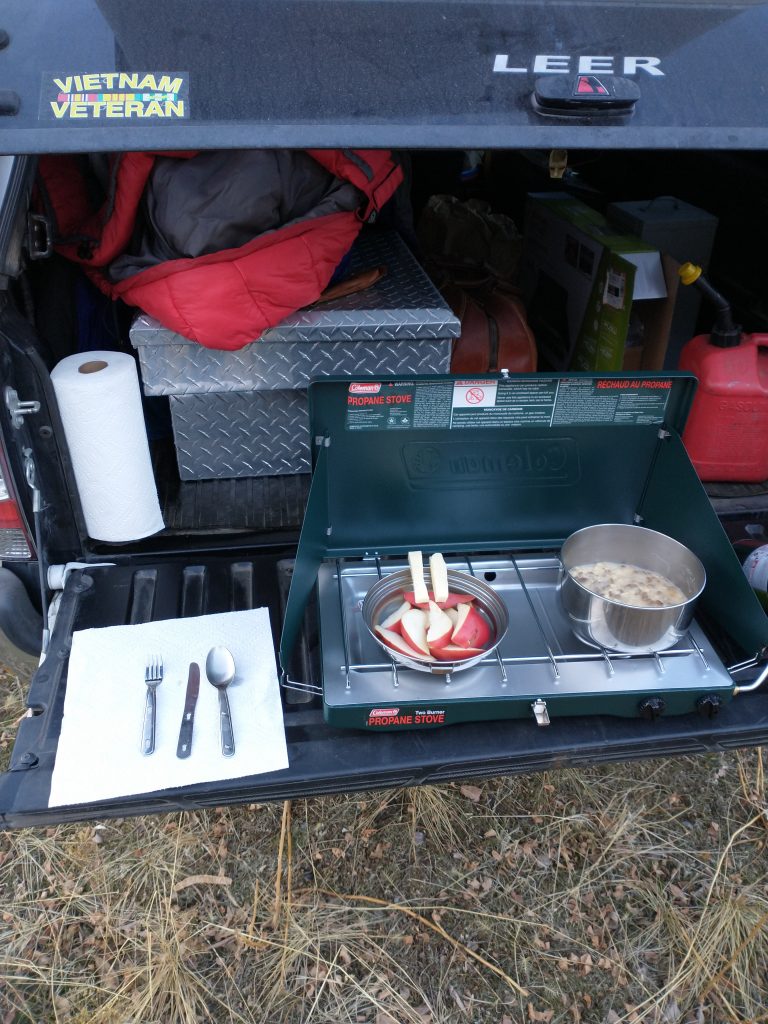 Darkness fell around 5:30 p.m. and the pre-dawn light didn’t amount to much until 5:30 a.m.  That makes for a long night in the sack.  When I packed up and departed on my last morning along the Owyhee, it was 22 degrees F.  I had hot coffee and cleared out while the mud was frozen and shallow puddles were iced over, but not before picking a bunch of sage along the river bank to perfume the truck cab. 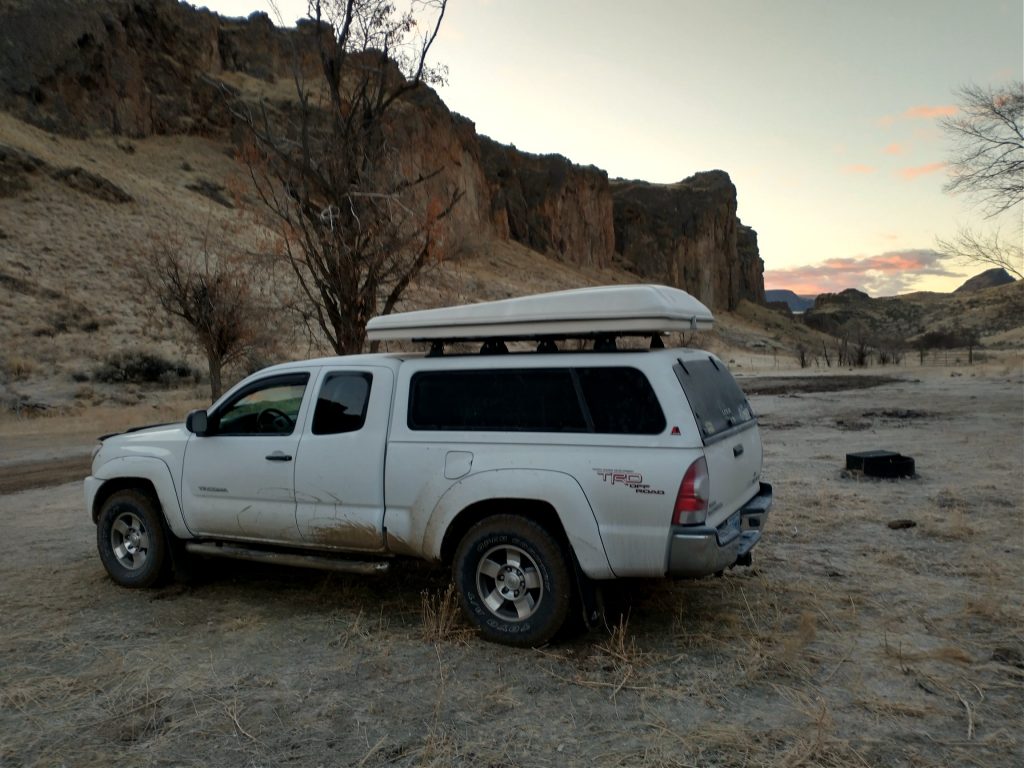 Winter colors in the canyonlands are not much to brag about. 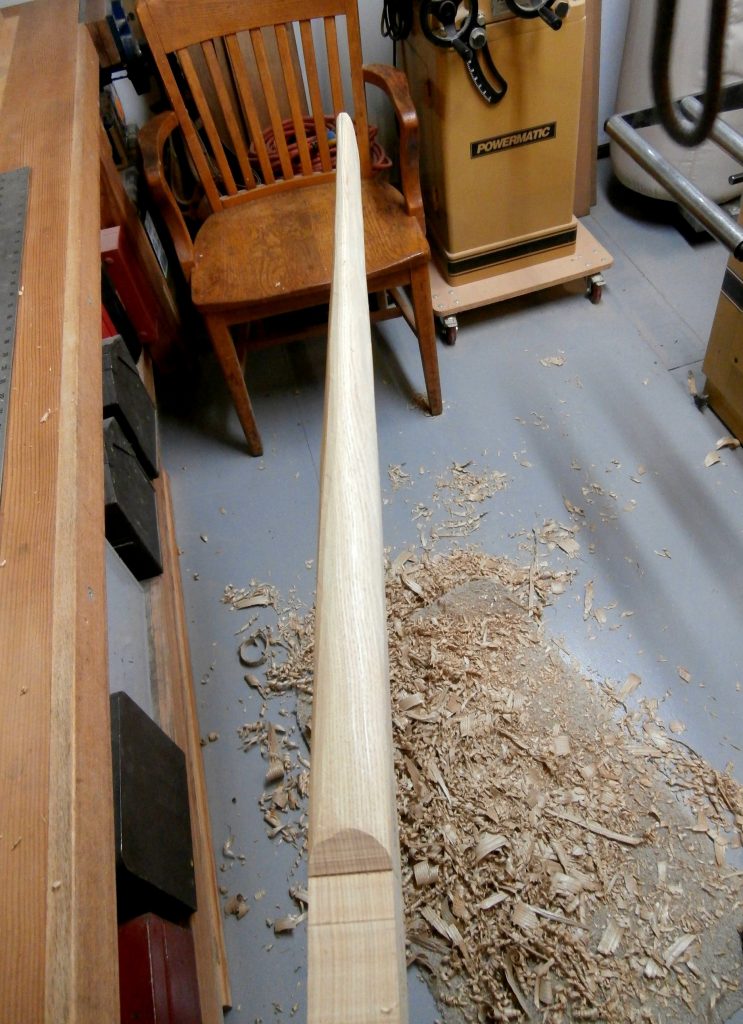 The loom is shaped so that the paddler’s thumbs can grip against “shoulders” cut at an approximate 45 degree angle on one side, while the fingers wrap around a splayed  grip on the other side.  The cross sectional dimension of the loom is sized to the individual kayaker’s hands, in this case to Karl’s hands.  See the photo below.